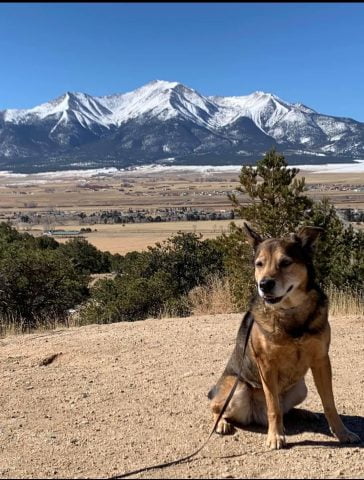 Butler, adopted from the Humane Society of Charlotte in 2014, is one of these special pets. American Humane found Butler during a nationwide search for a rescue dog that could be trained to become an emotionally-supportive service dog for The Weather Channel, responsible for traveling to sites of natural disasters to provide comfort for victims. Amy Hrin, employed by American Humane as National Director of Animal Assisted Therapy, led a team of specialists on a cross-country tour of shelters in search of a perfect fit. The team suspected that Butler was their good boy almost immediately after meeting him during their first stop, and after a unanimous team decision, Amy adopted him and signed up to be his handler, trainer, and mom.

Butler earned his therapy certification as an American Humane Certified Therapy Dog and was deployed to his first natural disaster zone in the same year he was adopted. Sent to Valonia, Arkansas after a tornado ripped through the area, Butler assisted both American Humane and The Weather Channel by comforting victims. Through snuggles and pets, Butler was able to calm locals as they told their stories on-camera.

Shortly thereafter, Butler made his way to Boston in February 2015 after the city received a record- snowfall of 64.8 inches. During this visit, Butler visited city workers, firefighters, and first-responders that were working around the clock to keep the city up and running.

In April 2015, Butler participated in his first educational visit. He and Amy went to Moore, Oklahoma, on the second anniversary of a historic tornado disaster. During this event, Butler helped teach residents, especially kids, about storm preparation and emergency preparedness.

In all, Butler was sent out on six official deployments by The Weather Channel. According to Amy, Butler’s greatest gift was giving the victims, “a moment of normalcy,” amongst the bleak background of the natural disasters they had experienced. Before he retired in 2018, Butler finished up by filming a few Public Service Announcements for The Weather Channel.

Butler’s personality made him the perfect service dog. The medium-sized Shepherd mix is described by his mom as social, affectionate, attentive, very smart, and easy to train. He loves to meet new people and particularly shines when interacting with children.

During one of his service events, Butler visited the Shepherd Spinal Center to visit a teenage boy who has been paralyzed while sledding in the snow. The young boy was having trouble summoning the motivation to work hard in physical therapy, but Butler helped change that. Petting Butler became the boy’s physical therapy and, before he ended his service, the boy was throwing a tennis ball down the hallway for Butler to chase and retrieve for him.

Now that he’s retired, Butler enjoys napping, trail walking, and going on hikes. He lives in Colorado with his mom Amy, is a great traveler, and still remains very social. While he doesn’t go out on official deployments anymore, Butler still helps to train the next generation. Butler and his mom help train new service dogs for Pups for Patriots, and Butler acts as an in-house mentor to make sure that these new services pups go on to become the best pets they can be.

*The Humane Society of Charlotte is not affiliated with American Humane. 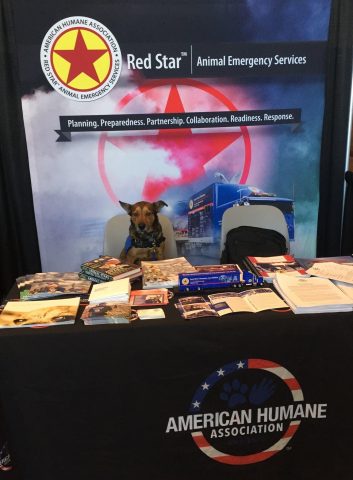 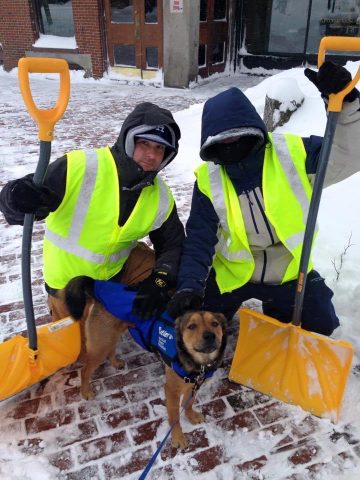